The Barbet Turtleneck was the 10th pattern I wrote for my book, Graphic Knits. 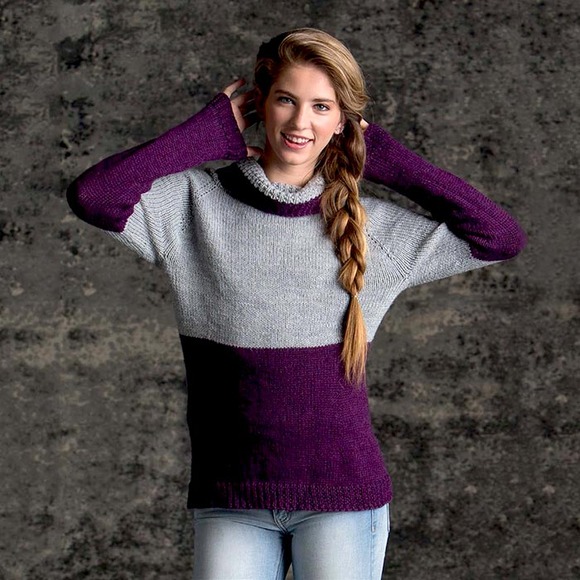 When I started working on this pattern, I only had about 2 ½ weeks before my “half-deadline". This was a little terrifying because if I truly wanted to turn-in half of my book, I needed one more full sized garment to round out the group (6 garments + 4 accessories). Barbet was a strategic choice because I had a good chance of finishing it in time.

I remember casting-on during the 2013 Super-bowl kick-off, and by the end of the game I had finished that lovely waffle rib turtleneck collar. When my Wednesday night knitting group met a few days later, I was finishing up the body. By the following weekend I was weaving in ends and blocking. All in, I wrote the pattern and knitted the sample in about 13 days–my all-time record. 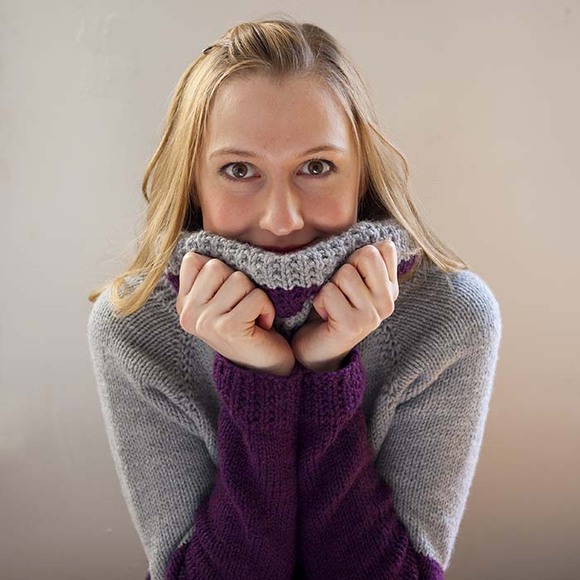 I included Barbet in my proposal because I wanted to make the book accessible to as many knitters as possible. I really loved the idea of strategic color blocking for a flattering effect on a simple garment. This is a sweater that I would love to have in my own wardrobe, and it just happens to also be a great first-time sweater-knitter project. 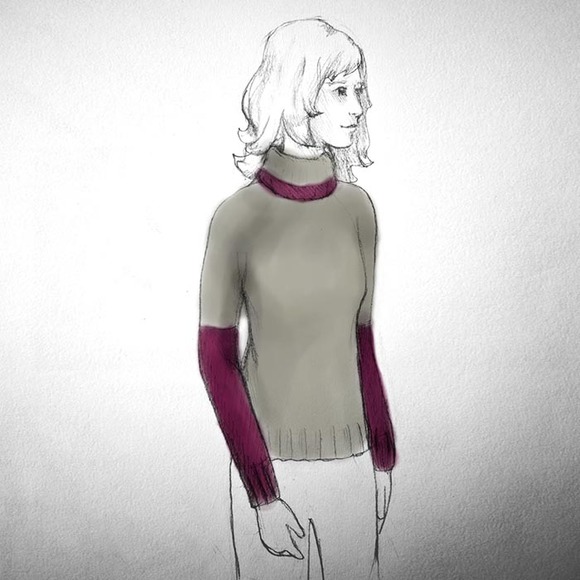 Looking at my proposal sketch, you might notice that the finished design diverged a bit from my original vision. When I started working on this design, I actually only had color-blocked elements on the arms.

I decided to add the color-blocked section to the body kind-of on the fly. Of course there was much hemming-and-hawing about where the divide should be, but I eventually settled on the natural waistline, to cut the body at its narrowest point.

This was the first design in my book that deviated from the proposal. Something about this emboldened me, and I went on to include a number of very different deigns as I worked on the second half of my book, but you'll just have to wait to hear about that later! 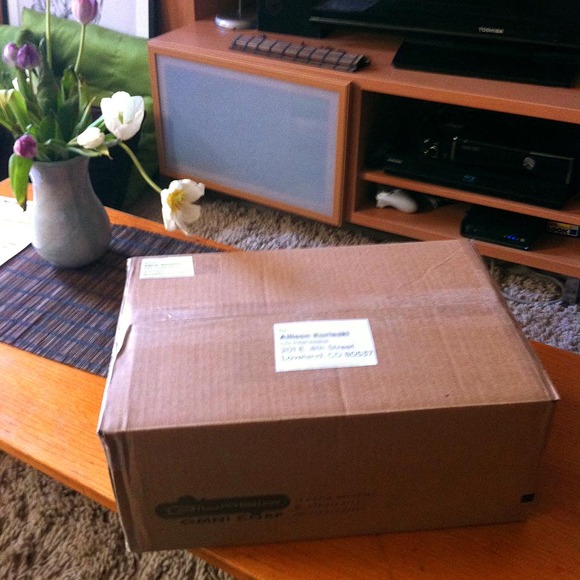 Finishing Barbet felt like a huge accomplishment because it meant I was half-done writing my book. 6 months before when I signed my contract, I had serious doubts that I could make this insane deadline, and even thought I might need to quit my job to get it all done (as if that was an option). I had no idea what I was doing! I did it though, and with a few days to spare.

I packed up a surprisingly small box with 6 months worth of hard fought triumphs, sent it off to Colorado, and poured myself a nice stiff drink. There wasn't much time to revel in my achievements though, because I still had a very long hard haul ahead before I would be done!

For more information about this design, check out the pattern page here.

popular posts
​Introducing Kuffel
Meet my latest design— Kuffel, a wonderfully cozy, effortless, swingy new pullover sweater pattern with all the knitterly details that a girl could...
Meet the Okeeffe Shawl
When I was a young girl growing up in Oklahoma, my parents loved to take me and my brother on road trips to New Mexico to visit Santa Fe or Taos....
Meet the Cabled Dad Mittens
I had pretty low expectations when I released my Cabled Dad Hat knitting pattern in 2014, but for four years it has remained one of my most popular...
Meet the Hilla Hat
Can an ordinary knitting project possibly be considered conceptual art? Well, maybe—meet the Hilla Hat from Homage: Knit Darling Book 2.Time for...